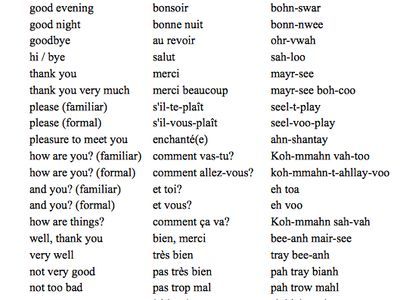 Some people are intimidated by these verb forms or moods in French, without realizing that we have the same patterns in English. The English conditional, of course, revolves around the word “if”, as in the sentence “I would go if…” etc.  The same is true in French with the word “si”. Type some “if” sentences in English into Google Translate to see how French deals with this issue.